Book 6 in The Scandal Sheet Series 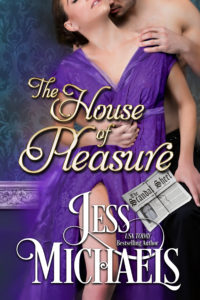 Miss Hannah Blankenship’s awful father has finally done what he’s threatened to do for years: arrange a marriage for her. And she’s certain she knows the man he’s chosen, a disgusting viscount even older than he is! She only knows one way to end this horrible engagement and that is to get rid of the innocence that has been the bartering point. So she goes to a hell, looking for trouble.

Duncan Cavendish is at the hell trying to drink his own trouble away. As the second son of an earl, he has very little control over his future. His brother has demanded he settle down in order to inherit and now Duncan is stuck. But the alluring stranger who takes him to her bed helps him forget…and makes him want.

But when Hannah realized it is Duncan, himself, who is her intended, she is shocked. The two decide to marry so that Duncan may get his money and Hannah her freedom. But their searing attraction may lead to feelings neither prepared for. And leave them both wondering if their mutual insistence to stay at arm’s length is truly the best course of action.