Book 4 in The Scandal Sheet Series 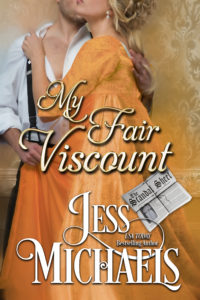 Raised in the rookeries, David Shaw has just inherited his father’s fortune…and his title. With his rough manners, he will certainly never be accepted by Society, but his cousin offers a solution. One David doesn’t like.

Miss Rose Higgins has a successful reputation as a comportment teacher to ladies of the Upper Ten Thousand. When she’s approached to help the now-infamous new Viscount Shaw, she has no interest in putting herself on the line…until she’s made an offer she can’t refuse.

Neither Rose nor David expect the instant connection which flares between them. Nor the feelings which come from their attraction. But in the end, they are both bound to propriety and there are obstacles in the way that may not be overcome unless they risk everything.